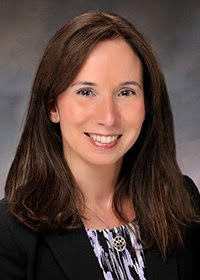 Christine’s desire to help others led her to a career in the law, where she is a highly skilled attorney. She has worked in small to mid-sized law firms specializing in the areas of education law, employment law, and immigration law.

Christine has counseled and represented clients concerning employment contracts, separation agreements, reasonable accommodations, the Family and Medical Leave Act (FMLA), the New Jersey Family Leave Act (NJFLA), wrongful discharge, and harassment, discrimination and retaliation matters. Christine has also conducted internal investigations of complaints of discrimination, harassment, and retaliation, as well as, HIB complaints.
In the area of immigration, Christine has prepared employment-based visas for permanent residents, including the PERM application, I-140 petition, and adjustment of status. She has also handled employment-based visas for temporary workers, including H-1Bs, L-1s, and P-1s. She has rendered advice on student visas and employer’s I-9 compliance requirements. Christine has also provided representation in petitions for family-based permanent residency, citizenship, and naturalization. Christine is a member of the American Immigration Lawyers Association (AILA).

Christine is active in her community and has been involved with the Junior League of Elizabeth-Plainfield (JLEP) since 2007. JLEP is a nonprofit organization of women committed to developing the potential of women as leaders. Christine first served as Chair of the JLEP’s signature project, Career Closet, that offers career-dressing services at no charge to women who are struggling financially to provide them with the self-confidence and self-esteem to succeed in the workplace. Christine then served on the Board of the Junior League of Elizabeth-Plainfield as President Elect (2012-2013) and President (2013-2014).

Christine is fluent in the Spanish language.